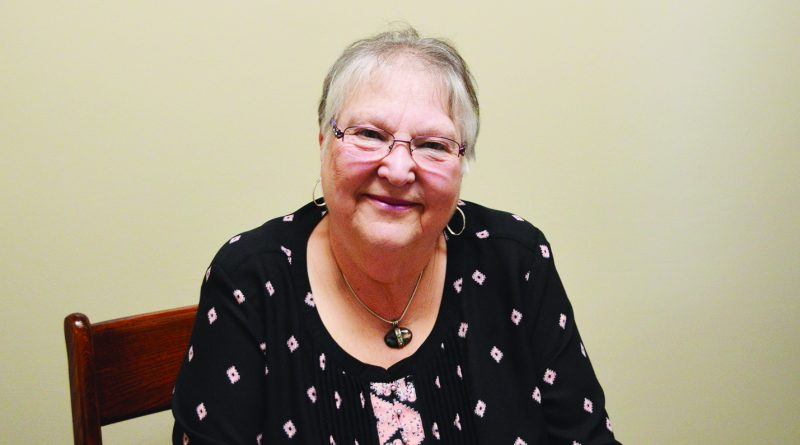 No longer an, “old boys club,” times are changing at Branch 50 of the Royal Canadian Legion in Kelligrews following the election of its first female President. The new vice-president, Pauline Hudson, is also a woman.

“All of the presidents over the years, they were all men,” said newly elected president Eileen Kavanagh. “We did have a ladies auxiliary, but you can guess what they did — they worked in the kitchen, made tea and that sort of thing. It was really an old boys club.”

Kavanagh was elected last month after she was persuaded by Legion members to run for the presidency, despite the club’s history of never having elected a female head.

“I’m not sure, I think I kind of got talked into it,” said Kavanagh, laughing. “I thought, ‘You know what, they need a mother here.’”

However, Kavanagh, a retired teacher, admitted she was unsure if members would vote for a woman, especially a woman who was not a military veteran.

“But, people came to me and said, ‘If you run, we’ll support you every way that we can,’ and I thought despite any personality conflicts, everyone wanted to see the Legion succeed,” said Kavanagh. “I thought, maybe, I can bring it all together.”

The new President did acknowledge rumours that Branch 50 had been experiencing some administrative problems, but she is looking forward to tackling the issue along with a new executive that has tripled in numbers from five members to 16 — all of whom are looking forward to righting the ship, according to Kavanagh.

“We’re getting ourselves back up off of the ground,” said Kavanagh. “We want Branch 50 to be a place that the members can call home and come in whenever they feel like it, and hopefully, it will be a place where the community will be happy to come as well.”

The role of the Legion has always been to welcome veterans and promote the military within the community, a role that Kavanagh said she is looking forward to continuing.

“We’re trying to be active in the community, promote remembrance, and look after our vets,” said Kavanagh, who noted the Branch is looking into restarting a support program for veterans suffering from Post-Traumatic Stress Disorder.

Kavanagh said she is also looking to improve communication efforts between the Legion, its members and the community in an attempt to include members in Legion activities and promote membership in the club.

“I think if you’re open and transparent, people are more comfortable with that,” said Kavanagh. “I’ve been really trying to communicate with everyone as well…It’s just little things to let everyone know what’s going on here.”

Meanwhile, Kavanagh is hearted that the Branch members have chosen a woman as president. She takes it as a sign of equity and growth.

“Here on the shore, the fact that this old boys club voted for a woman president, and a woman vice-president…we’re getting there,” said Kavanagh.